Aotearoa (land of the long white cloud), as New Zealand is sometimes called by the indigenous Maori people, is a truly epic place. You may know the country better than you realize, as much of the island nation's landscapes served as backdrop to the Lord of the Rings movie series of the 2000s.

Aotearoa (land of the long white cloud), as New Zealand is sometimes called by the indigenous Maori people, is a truly epic place. You may know the country better than you realize, as much of the island nation’s landscapes served as backdrop to the Lord of the Rings movie series of the 2000s. Sweeping panoramas of verdant hills and rugged, craggy mountains interspersed with lush forests and cascading falls makes for an idyllic setting for whatever muses move you.

The country’s people are primarily European — specifically British and Irish — in ancestry, with nearly 15% of the population having native Maori ancestry. Famous for their vibrant cultural traditions and mastery of the sea, the Maori are one of several Polynesian peoples to settle Oceania over the last thousand or so years, the others being found in Samoa, Tahiti, Hawaii and other Pacific islands.

New Zealand is a large country, over a thousand kilometers southwest to northeast, with affordable plane, ferry, bus, train and car rental options, though you if you elect the latter, be prepared to drive on the left side of the road. It is an extremely safe and tolerant society open to people from all walks of life, with a very high standard of living in both the city and countryside.

Some of the island nation’s more popular destinations are of the outdoors variety — Fiordland National Park on the south island stands out as a must-see collection of New Zealand’s ecological richness, and the Bay of Islands on the north island is an unparalleled aquatic paradise salt-water enthusiasts simply cannot pass up. Lake Taupo and Tongariro National Park on the north island is a similarly lush landscape visitors should make a point of seeing, along with the geothermal springs of Rotorua and the Fox and Franz Josef Glaciers in the south.

Urban explorers will find Queenstown a charming base for exploring the entire country, and particularly the nearby landscapes making up much of what a generation thinks of when reading JRR Tolkein’s series on Middle Earth. The local amenities and nightlife of New Zealand’s larger cities, like Auckland, Christchurch and Wellington are world-class, too.

None for EU, citizens of the Americas; up to 90 days for tourism; visas otherwise required.

As noted, the country’s larger cities are safe,secure, and entirely modern hubs of the country’s economy with five-star hotels and rich nightlife for visitors to explore. Christchurch is by far the south island’s largest city with just over 400,000 souls, but Auckland (over 1.6 million), Wellington (also 400,000), and several other large cities on the north island are the primary population cluster in the country, with the cooler, wilder south island more sparsely inhabited. 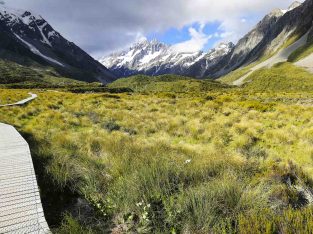 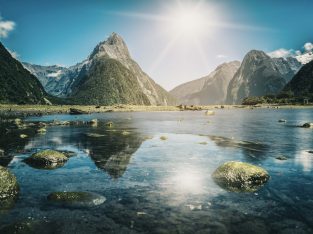